Contents Are Being Uploaded On MyGreatDubai.Com
Please Do Visit Us Again

Downtown Dubai, previously was also referred to as Downtown Burj Dubai. Downtown Dubai is a sizeable large-scale, mixed-use complex (Residential and Commercial) development in Dubai, United Arab Emirates. Downtown Dubai has the distinction of hosting iconic and world-renowned landmarks like Burj Khalifa, Dubai Mall and Dubai Fountain amongst many others. It covers an area of 2 square km at a reported estimated cost of US$20 Billion (AED 73 Billion) upon completion. As of 2017, Downtown has a resident population of 13,201.

Downtown Dubai development is situated along the vibrant Sheikh Zayed Road, across from the traditional Al Wasl locality on the northwest. It is bound to the south by another upcoming development Business Bay and to the northeast by Financial Centre Road, which separates it from Zabeel 2 and Trade Center 2.

In line with local traditions, Arabic low-rise vernacular style of architecture is present in the Sub development of Old Town, whilst high-rise contemporary styled buildings dominate the rest of the development. Downtown Dubai offers a range of high-end hotel brands such as Address Downtown, Vida Downtown, Al Manzil Downtown, as well as attractions such as a luxury Arabian market, Souk Al Bahar and a 3.5 km-long strip of restaurants and cafes on Sheikh Mohammad bin Rashid Boulevard. Souk Al Bahar has over 100 shops and over 20 restaurants, cafes and lounges adjacent to the Dubai Fountains.

The Dubai Mall: Another centerpiece attraction is The Dubai Mall, which is the world's largest shopping mall by total area. The Mall is home to 1,200 shops in addition to numerous other attractions, including an Olympic-size ice rink, an aquarium and a water zoo. In March 2018, the owner of The Dubai Mall, Emaar Malls opened an entertainment complex by the name of VR Park, which blends augmented reality and virtual reality (VR). Access to the mall is provided via Doha Street, rebuilt as a double-decker road in April 2009. The Dubai Mall opened on November 4, 2008, with about 600 retailers. The Dubai Mall is the most visited retail destination in the United Arab Emirates with approximately 80,000,000 visitors annually. In March 2018, Emaar Malls unveiled a new extension of The Dubai Mall dedicated to fashion and luxury shopping. The 440,000-square-foot Fashion Avenue offers over 150 prestigious brands, including Burberry, Cartier, Miu Miu, Prada, Gucci, Mikimoto, Faberge, Valentino, Christian Louboutin, to name a few.

Dubai Fountain: At the center of Downtown Dubai and built at a cost of AED 800 Million (US$217 Million). The Dubai Fountain is the largest choreographed system in the world. It was designed by WET Design (California-based company and also responsible for the fountains at the Bellagio Hotel Lake in Las Vegas). It is colorfully Illuminated by 6,600 lights and 50 colored projectors, it is 275 m (902 ft) long and able to shoot water 150 m (490 ft) into the air, accompanied by a range of classical to contemporary Arabic and world music. On 26 October 2008 Emaar announced, based on results of a naming contest, the fountain would be named the Dubai Fountain.

Address Downtown Dubai: Address Downtown Dubai is a supertall skyscraper rising 306 meters (1,004 feet) alongside the Dubai Mall, the Old Town, and the Burj Khalifa Lake in Dubai, United Arab Emirates. This hotel and the residential tower contains a total of 63 floors. The tower is another supertall structure in the massive development of Downtown Dubai, which includes the centerpiece supertall building, Burj Khalifa. The tower was topped out in April 2008, becoming the 6th-tallest building in Dubai and the 36th-tallest in the world. In September 2008 the tower was completed.

Dubai Opera: In August 2016, Emaar opened Dubai Opera, a 2,000-seat, multi-format performing arts center located within The Opera District of Downtown Dubai. Styled on a classic Arabian dhow, the project was developed by Emaar Properties in collaboration with world-renowned architect Janus Rostock. The venue is presently operational and hosts a wide array of performances coming from countries around the world, including theatre, opera, ballet, concerts, musicals, stand-up comedy shows and various seasonal events. Its plans were announced by Sheikh Mohammed bin Rashid Al Maktoum in March 2012. It opened on 31 August 2016 with an opening performance by Plácido Domingo.

Sheikh Mohammed bin Rashid Boulevard
Encircling Downtown Dubai, the 3.5 km road was previously referred to as Emaar Boulevard based on the area's developer. In December 2012, Emaar renamed the boulevard to pay tribute to His Highness Sheikh Mohammed bin Rashid Al Maktoum, Vice-President and Prime Minister of the UAE and Ruler of Dubai. The thoroughfare is famous for an impressive array of restaurants, cafes, and outdoor art exhibitions by Art Emaar, a cultural initiative of Emaar Properties.

The New Year's Gala
Held in the center of Downtown Dubai every year, Dubai's New Year's Gala is one of the most awaited events on the international calendar. The celebration usually comprises a massive firework and laser show display and gathers hundreds of thousands of enthusiastic residents and tourists. Emaar, the master developer of the Burj Khalifa, wowed over 2 billion people across the globe with a breathtaking pyrotechnic show on the world's tallest building to ring in 2020. In a mesmerising story, the Burj Khalifa transformed through animation, light, sounds and a synchronized fountain show taking viewers on a journey at the onset of a new decade. Those lucky enough to view the show, were treated to the longest set of consecutive fireworks in the history of the Burj Khalifa NYE shows, timed at over five minutes. The show featured a total of 1,371 kg of fireworks, which were placed across a colossal 207 firing locations. To mark the dawn of a new decade, the show on Burj Khalifa was conceptualized by Emaar. Every second of the show was as enchanting as previously billed and incorporated fireworks, animations on the Burj Khalifa LED façade, music compositions and a beautiful fountain show. The highly anticipated event welcomed over one million onlookers in Downtown Dubai, Emaar's flagship mega-development, to witness 15,000 perfectly choreographed fireworks showcasing 48 pyrotechnic patterns, signalling the start of a new decade.

Following unprecedented demand, Emaar granted people from all over the world the once-in-a-lifetime opportunity to have their New Year wish displayed on the LED façade of Burj Khalifa during the Emaar NYE 2020 celebration. The show's 'Burj Wishes' social media campaigns reached tens of thousands of users, with those participating posting their wish to the world on Emaar's Twitter, Facebook or Instagram accounts @EmaarDubai using the hashtag #EmaarNYE2020. Emaar's NYE 2020 social media campaign, in partnership with TikTok, continued the close relationship between the brands, with Emaar's 2020makeawish TikTok challenge, engaging with over an astounding 30 million users in the lead up to the New Year celebrations. 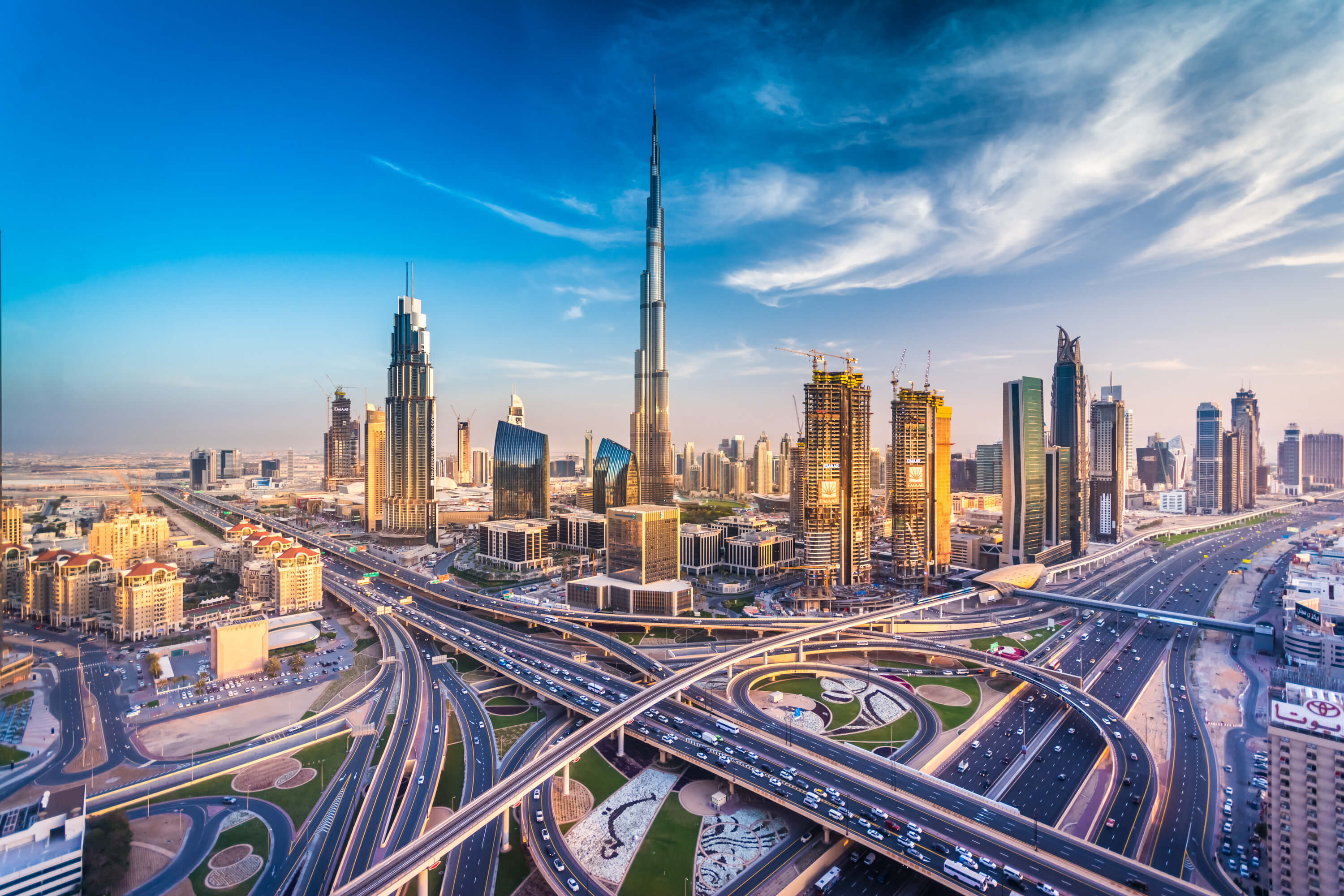 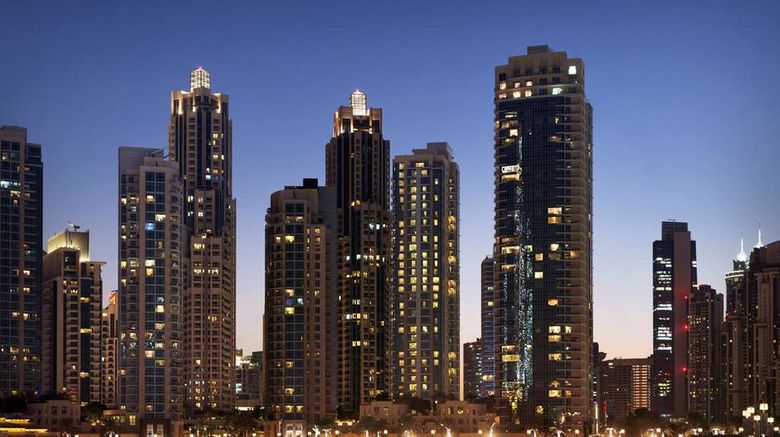 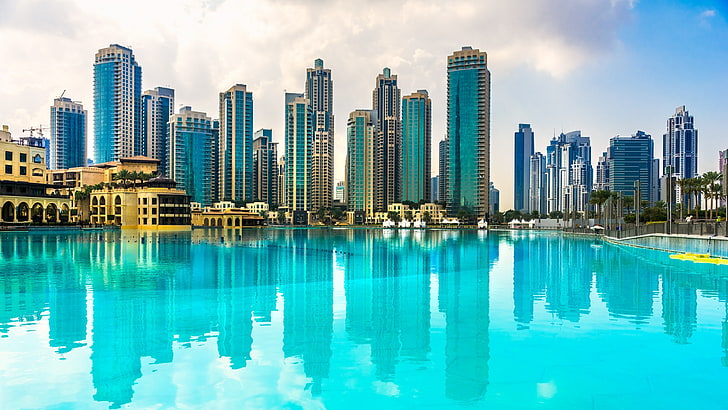 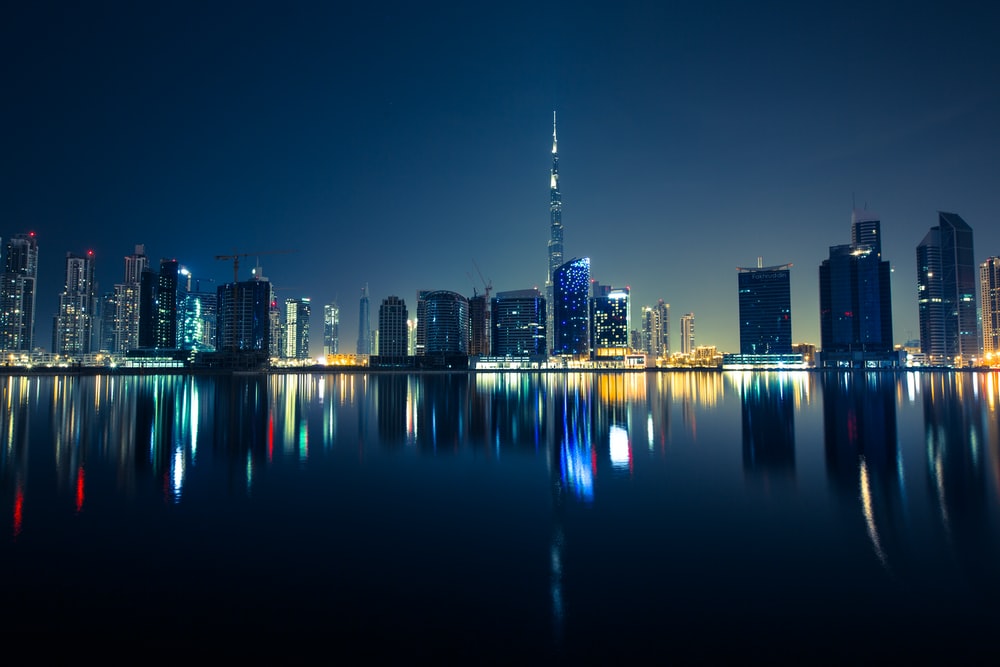 No. Of transactions by Year

No. Of transactions by Area

James Jones
Application Developer
jm@softplus.com Sign Out
My Profile
Account settings and more update
My Messages
Inbox and tasks
My Activities
Logs and notifications
My Tasks
latest tasks and projects